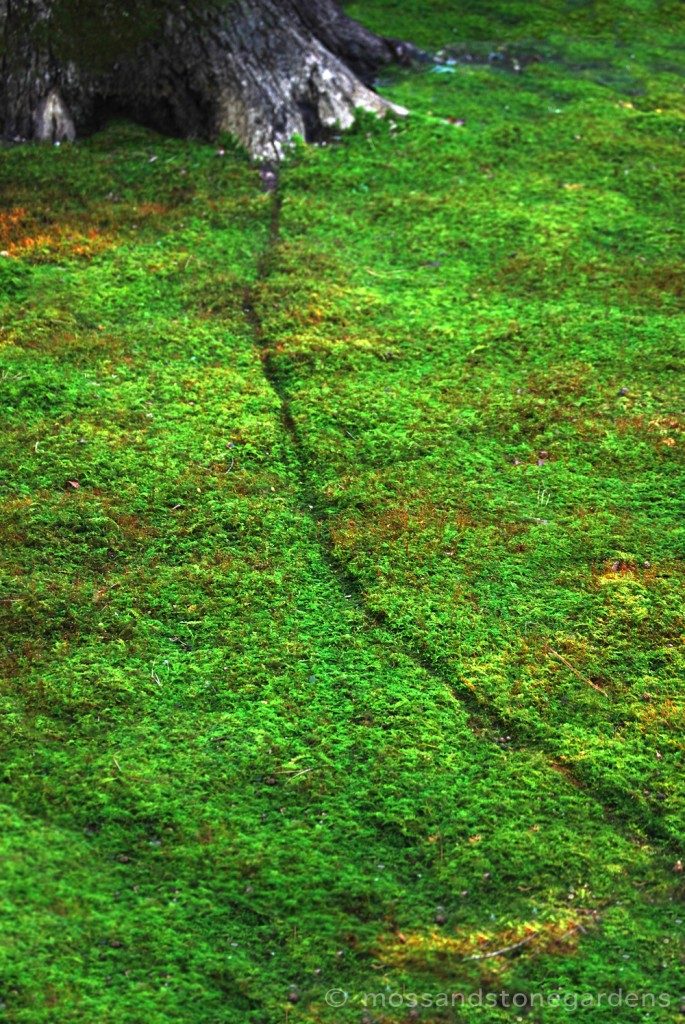 I spend a fair amount of time observing the small and tiny features in the landscape. I suppose that comes with the territory of being a moss gardener. To fully study mosses it is necessary to see them up close, to think in micro terms and to alter your perspective in general. Sometimes this micro-focus becomes so engrained that larger occurrences are missed. The other day I noticed a 30 foot line in the moss, it appeared as though a garden hose had been left on top of the moss for a week or two and had left a very noticeable impression. Knowing this was likely, I didn’t give it a second thought. A few weeks later I thought again about the still evident impression and why it looked the same, with no signs of the moss regenerating. I chalked it up to a normal slow down in moss growth during the summer season. Then, last week it struck me again that the line was not changing at all and the period of time was too great to not have seen repairs by now. 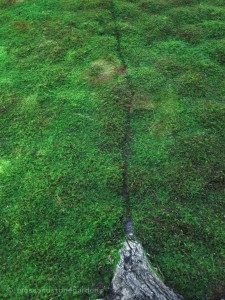 I decided it was something else happening and my mind opened up to consider other possibilities besides a water hose. The first thing that didn’t correlate with the water hose theory was that one end of the line was directly in line with the root flair of a giant White Oak. A water hose would not be easily laid to rest on this quickly vertical part of the tree trunk.  It would surely have been to either side of the flair and not perfectly aligned. I began to think about the giant Oak and the many squirrels that climb it and all the trees in the garden but knew it was impossible for the erratic squirrels to have made a consistent path to the tree. As I went through all the known creatures great and small that could have made this line in the moss nothing seemed to make any sense.

I sat down to ponder this phenomenon and stared blankly at the little trail through the miniature jungle. Then I noticed a carpenter ant.  You know, the large black ants that are often seen in trees. It was headed towards me and in the direction of the old Oak and I thought that was interesting but impossible as the answer to my query. 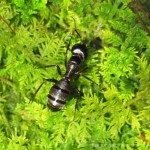 I followed the ant along the miniature trail which it never deviated from and right up the root flair and into the tree. Still in disbelief that this could be the correlation, I watched longer.

One after another, the carpenter ants followed the trail in both directions and soon I was convinced. It may be that the ant can’t move a rubber tree plant but apparently it can move thousands of moss plants in order to make its’ daily travels easier. I looked closely and realized that by removing the moss in their path it saved the ants immeasurable distance of travel up and over all the irregular stems of the mosses. Moss looks to us almost smooth and velvety, but if you’re the size of an ant it is more like forging a trail through an understory thicket – think Amazon jungle! 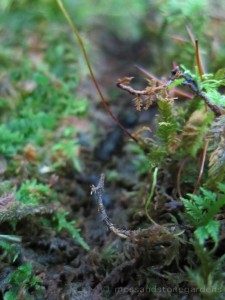 By my calculations, this 30 foot trail for the ants was equivalent to a human size trail over seven football fields long! Even more impressive was the fact that the trail wasn’t just worn down over time but actually cut through. The stems of the moss were noticeably trimmed back and the leafy growth removed.

This is another example of the rich biodiversity waiting to be discovered  in the world of  moss gardens.  We’re not the only ones working hard out there!  While we are working to create our gardens other creatures are teaching us how to coexist with it.

Previous articleA Day At The Beach

Next article A Rock’n Party!