As a business, the word about David Spain and Ken Gergle’s company, Moss and Stone Gardens has spread solely through word-of-mouth. 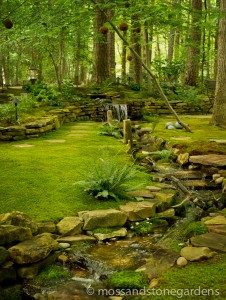 For more than 12 years, Moss and Stone Gardens focused on landscape design.  Their designs are artistic in nature, which is no surprise since both David and Ken have art backgrounds — David with creating furniture from reclaimed materials and Ken as a photographer for Fortune 500 companies.

Several years ago, David began designing miniature moss landscapes, inspired by his company’s large scale landscape work.  He did this, in part, to be able to express his love of moss gardening, on a tabletop scale.  It also allowed him to share his landscapes with others who felt the same about moss, but could only afford a dish of it. 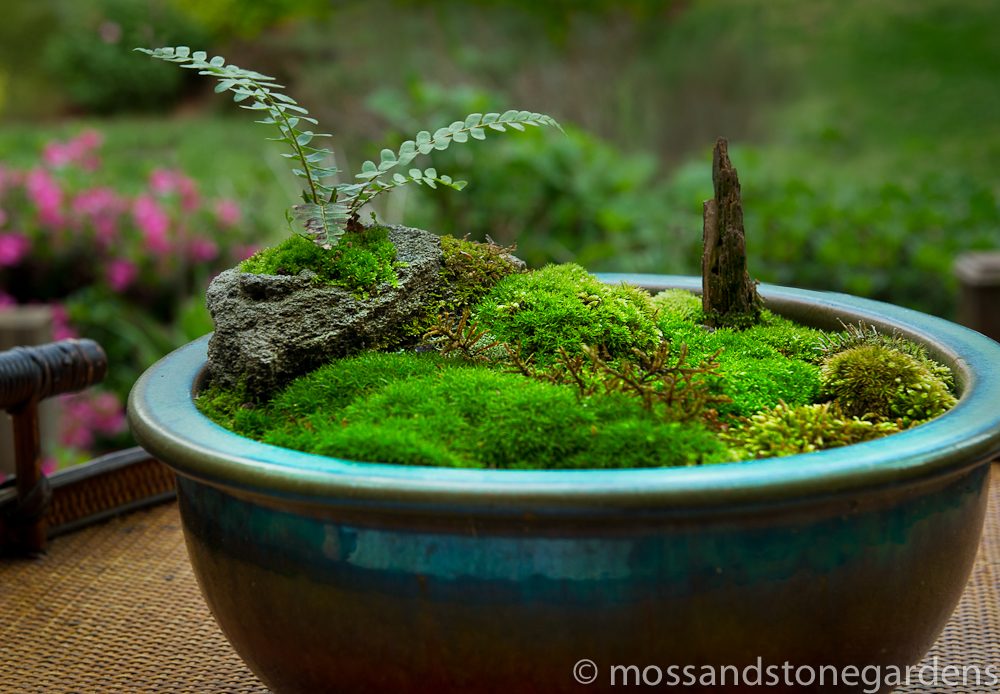 His designs are magical, Lilliputian worlds where one wants to discover more.  Matching containers to a design, David contours soil and pairs mosses and other plantings like none other.

David and Ken’s website has received a million hits in just 6 months.  That’s a lotta word-of-mouth.  While I could hurt my arm patting myself on the back for being the marketing strategists behind this, I’m also smart enough to know, their products speak for themselves.  They’re good.  Real good.

In addition to TV, their work, now focusing primarily on Moss Rocks!, David and Ken’s moss will be discussed on radio with an upcoming guest spot on Chicago’s Mike Nowark’s, radio show and featured in magazines such as Better Homes and Gardens, Country Gardens, Southern Living, Christian Science Monitor, as well as, State-by-State Gardening (including Carolina Gardener), and many, many more.  The good word about moss is spreading.  Last week, David (with a little help from me ;~) hosted the ever popular Twitter chat, #gardenchat.  It should come as no surprise his hosting was in the top five #gardenchats. Thanks for having us, Bren.