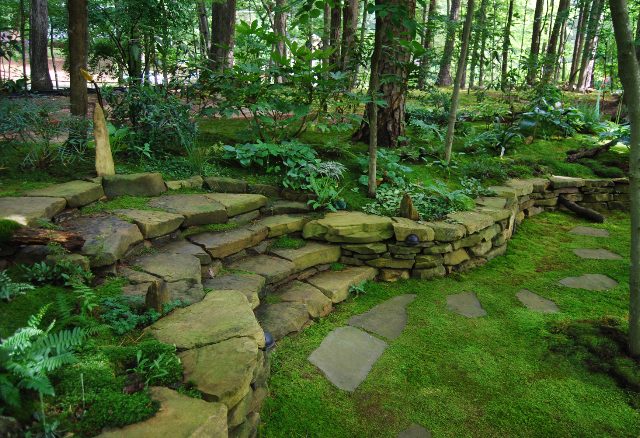 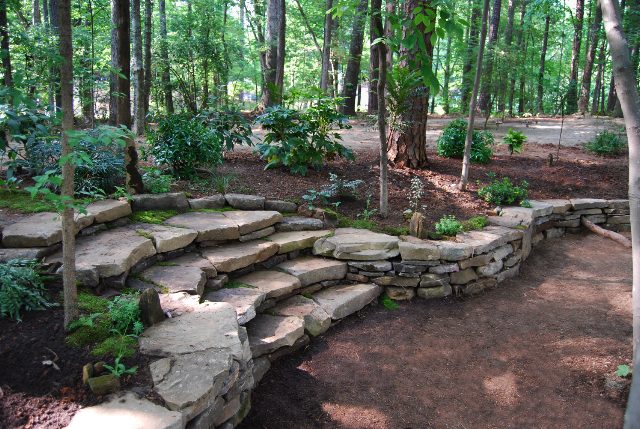 At Moss and Stone Gardens we are often asked how to start a moss lawn where there is nothing but dirt covered with leaves and other debris.  Below, we provide a clear understanding on what is needed to begin creating your emerald carpet of moss.

David Spain, says, To develop an area of moss, you will need to start from the ground up. First remove any existing plants that you do not want, especially grasses and weeds. A pre-emergent like Preen Vegetable Garden Weed Preventer can be applied to discourage germination of any existing seeds. 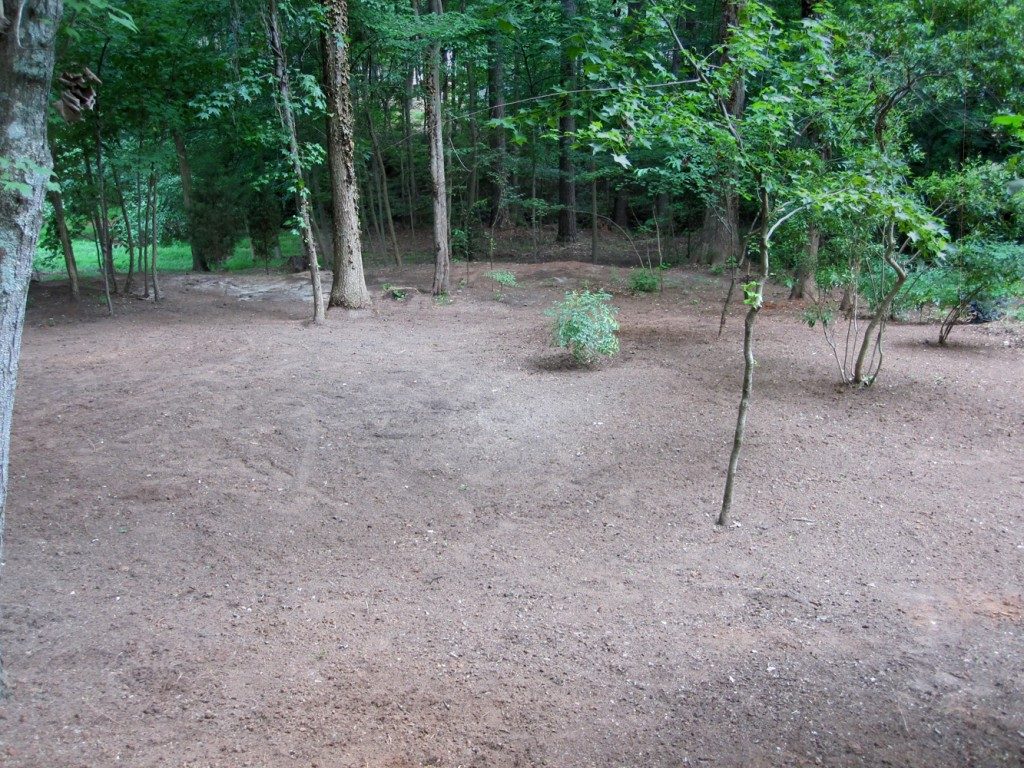 Mosses are not particular about the type of soil they grow on in terms of soil composition. Loam, clay or richly amended soils will all work fine. The exception would be soils with a high sand content preventing a stable surface; ever-shifting loose sandy soils make attachment difficult, but not impossible. The more important aspect to encouraging mosses to establish is texture and particle size. If you imagine yourself to be less than an inch tall and had to move across the soils surface, you would understand the importance of smoothness. 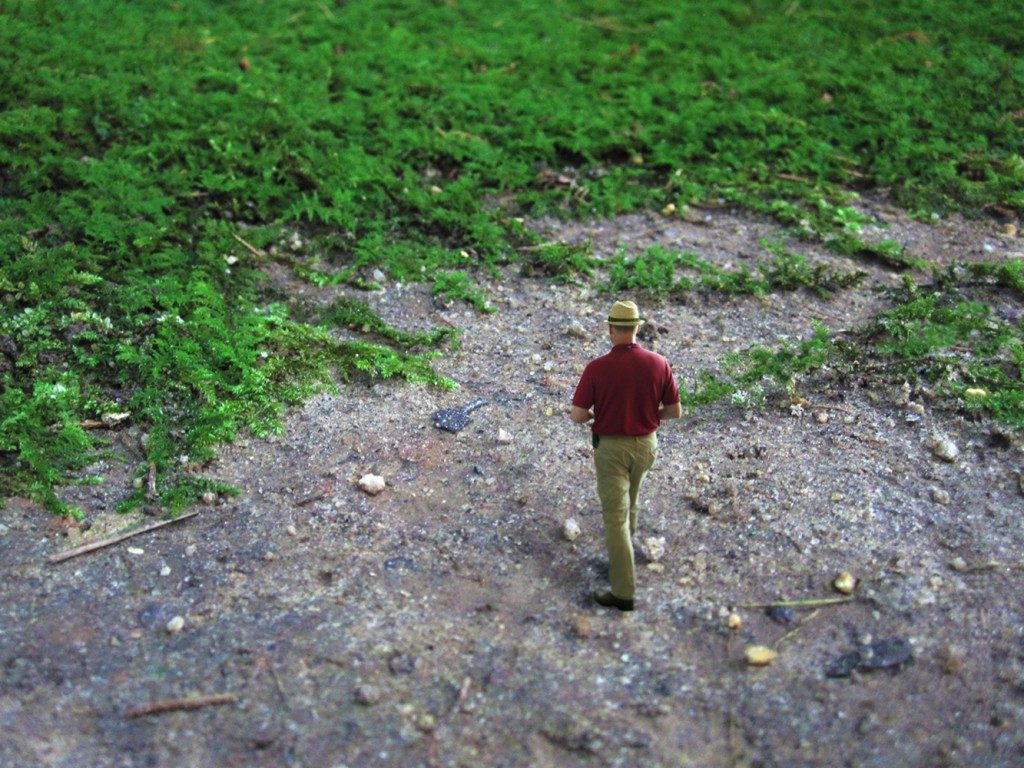 Grade and contour the area if needed, remember that moss will follow the small undulations that are normally not noticeable until a smooth carpet of green is hugging the ground. Watch also for small depressions that will end up collecting debris and water. This includes depressions up to three feet in diameter. 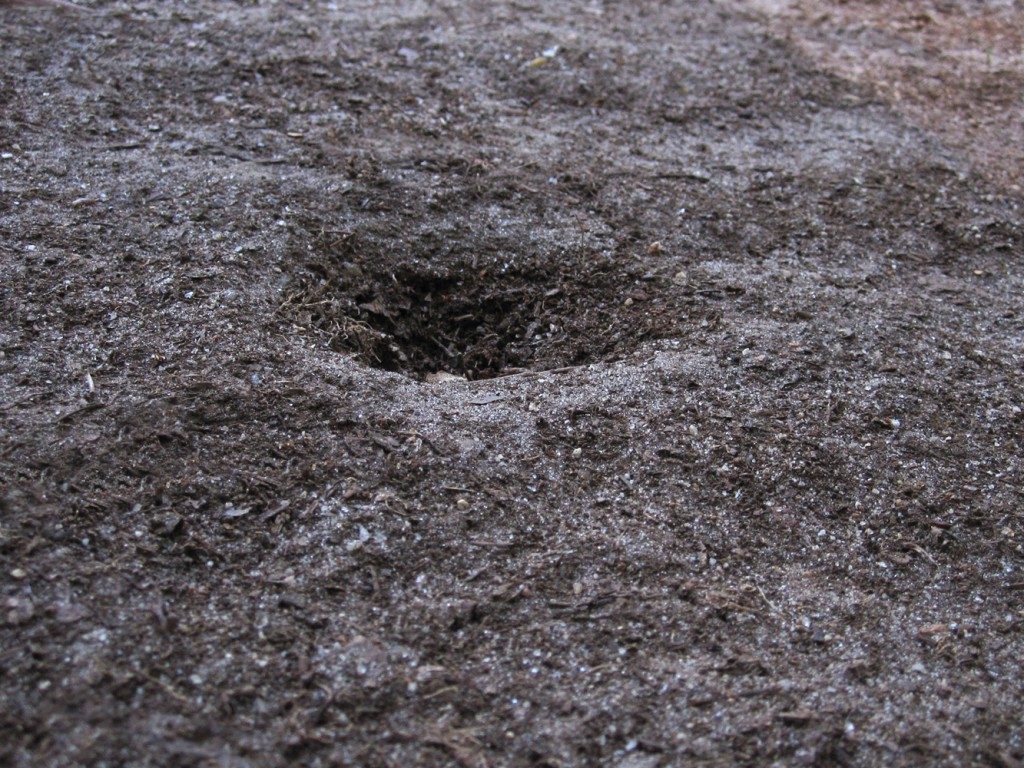 Be aware of any water run-off paths that you may create or that already exist.  Mosses are great soil stabilizers and will filter water run off, but first they need to be established to withstand flowing water. If you have these areas, pre-filter run off from sediment and debris that may deposit onto newly installed areas. One way to do this is by placing stones and gravel as a barrier upstream or temporarily diverting the run-off. Mosses laid in the path of run-off can be pinned or netted in place until established.

Smoothing the surface will also aid in rhizome attachment which will speed up establishment and then growth. Keep in mind that mosses will first need some rhizome attachment at their growing edge before they will send out new branching. Mosses do not like being unattached nor do they like being exposed to air without some surface below them. Preparing really smooth soil speeds up rhizome attachment and encourages faster branching. Even though mosses may overcome almost any obstacle in their path such as a fallen tree, they don’t do this quickly nor do they simply just run up the side and over. Pebbles, leaves, or any loose material will need removing and also ensure that the soil leading up to any trees, roots, or hardscaping is slightly ramped up to meet the obstruction. This will prevent a debris zone or dead zone where mosses resist meeting vertical surfaces and attaching to them.

With regards to soil pH, moss will grow in most pH conditions.  Adjusting the pH is usually not needed. If you suspect your soils are alkaline (greater than 7 on the logarithmic scale,) you should get the soil tested . And if it is above 7.0, you may consider adding aluminum sulfate or elemental sulphur to bring it down somewhat. Alkaline  conditions like this may have been created by years of lime applications in an attempt to sustain grasses in the shade. In our experience, mosses will grow on soils of a wide range of pH. The common practice has been to adjust soil pH to 5.0 or 5.5 for the benefit of the moss, but since mosses don’t have roots that feed from the soil, pH is not a major criterial.

Plant any companion plants before introducing mosses. If you want to add any foundation plants, perennials, or hardscaping, it is best to do that first and add the mosses last. Prepare the soils to suit the vascular plants and then smooth the surface for the mosses to create a living mulch around them.

Even though you have smoothed the soils before introducing the mosses, you may need to very lightly scratch the surface to create some loosened soil to aid in making good contact. 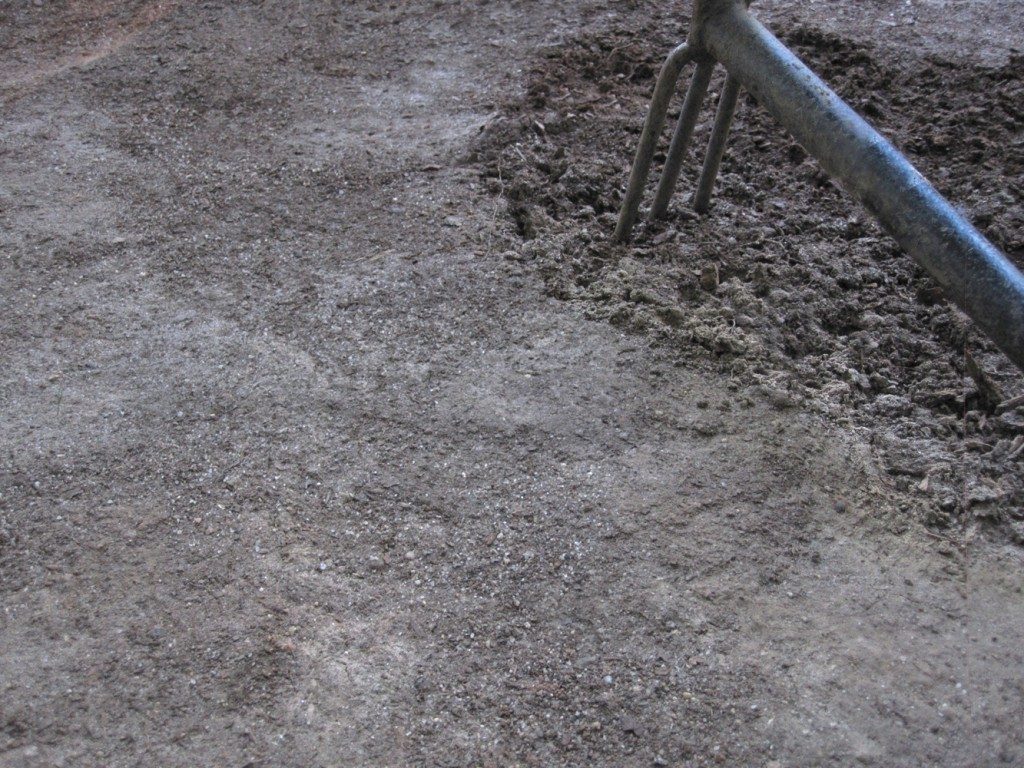 This is helpful when transplanting mosses that have been collected by scraping or raking. After the mosses have been placed on top of this loosened soil, they will be watered deeply and then walked on. This will re-compress the fluffed soil and act as an temporary mortar to hold the moss down. If transplanting scooped moss colonies, scratching can be done to create a slight depression to keep the soils level. All areas under and around the transplants will need to be tamped down by hand or by walking on them after installation.

With Moss and Stone Gardens clear explanation to the needs to preparing a moss lawn from a clean slate, making a moss lawn will increase you chances of success.