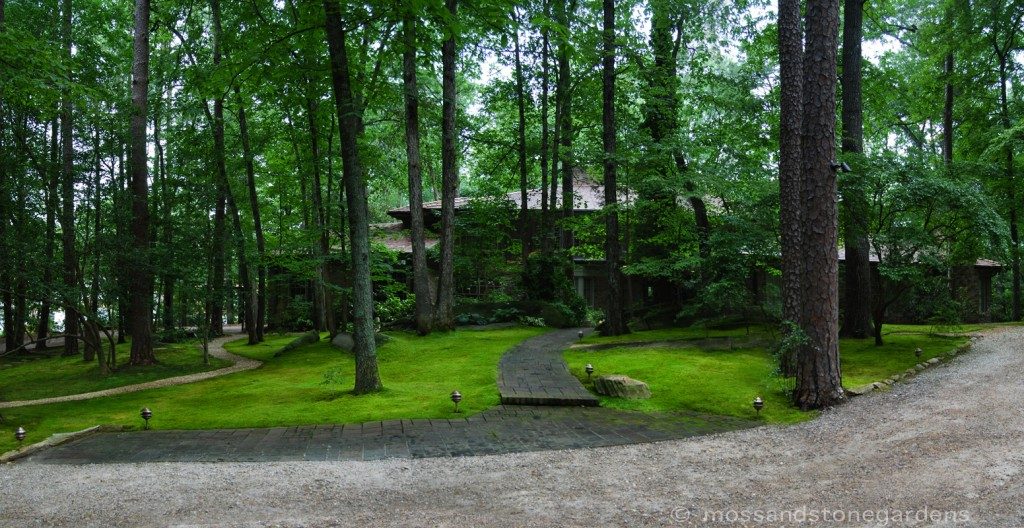 This month we are celebrating being featured in a little magazine you may have heard of…Southern Living!  Be sure and check out “Roll Out the Green Carpet” (page 68 if you must know).   This is especially gratifying as this article and this garden are important milestones in my moss adventure.   Take a peek behind the scenes with me… 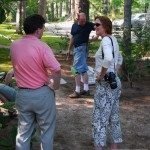 In May of 2008, one of our favorite garden creations was invited to participate in the Raleigh Little Theatre Garden tour. It was at the home of Richard and Barbara Urquhart, and it was then that my now close friend Helen Yoest visited their garden for the first time. Helen wrote a post about the garden for her blog, Gardening With Confidence and an edited version was published in September 2008 issue of Metro Magazine.

A few months later Helen brought Steve Bender, aka The Grumpy Gardener and Senior garden writer for Southern Living Magazine, for a quick look around the garden while he was in town. 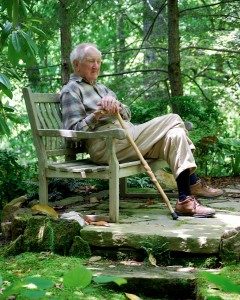 Shortly after that, Steve contacted me with interest in doing a feature article on the moss garden and the work we had done there. Sadly, Mr. Urquhart, a great friend, mentor and my father-in-law had passed away peacefully on June 8th 2008, resting in his chair overlooking his beautiful garden. Even though I couldn’t share the excitement with him in person, there was no doubt in my mind that this great man was smiling along with me from his new home in the Garden of Eden.

By that time I had had a 10 year love affair with this little plant’s charm and tenacity.  Could others be as taken with it as well? To have someone like Helen and Steve validate this belief in moss becoming mainstream was a great motivator, but there was much to be done before my dreams could be realized. The first task at hand was to prepare the Urquhart’s garden for a top-tier magazine photo-shoot. With the family’s blessing we began right away, the shoot was a mere 10 months away and mosses don’t move that fast.All through the winter and spring we worked to complete the unfinished visions Mr. Uquhart and I had shared for the garden. 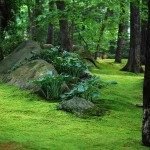 As July of 2009 approached, Moss and Stone Gardens was on-site full time, tending every tiny detail and fighting the heat and dryness of that year. It was no easy task to make a garden whose blooming plants peak in early May, look just as spectacular 2 months later. Luckily mosses with their year-round glory came to the rescue!

The day finally came, July 14th of 2009 and Steve, Helen and photographer extraordinaire Ralph Anderson arrived at the garden. Friends and family had gathered at the grand home to celebrate the gardens preparedness and its’ honored guests. 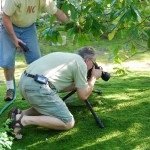 Ham biscuits, deviled eggs, tomato pie and iced tea helped to keep the crew working all through the heat of the day, preparing for the many different aspects and angles of the planned photos. 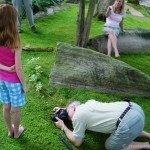 We took advantage of anything to make the best of the afternoon while we waited on what Ralph called “the Soft Light”. He explained that just as the sun is rising or  setting, there is a period of time when the lighting becomes magical and it allows the camera to see what we do in person. This moment in time allows the photographer to capture the spiritual connection with the surroundings.

God was accommodating, no doubt with a nudge from Mr. Urquhart and the soft light came. We raced from place to place to capture the “gloaming” of the garden as Mr. U used to call it, and it was good. When the light proved too dim and much had been captured, Ralph’s excitement to capture one more spectacular shot hadn’t diminished, nor had mine. I shouted to Ralph, “I know one more angle we haven’t done yet,” and we grabbed the gear rushing to the backyard. 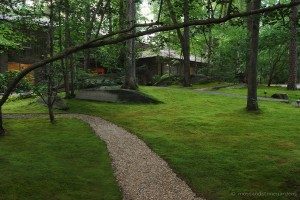 Sure enough, the sun was providing a last few minutes of opportunity, and with the cameras exposure wide open, turning the waters surface to a glossy finish, it was done. The shoot over and crew exhausted, we shared a toast, to Mr. Urquhart and everyone that had worked so hard to bring this dream into a reality.

I will never be able to thank Helen, Steve, Ralph and all those involved enough, most of all my mentor that I miss dearly …here’s to you Mr. Urquhart.

p.s. Interestingly enough, the photo that made it into the article was that very last shot we took as the light faded.

Unless otherwise noted, all photos are credited to Ken Gergle.