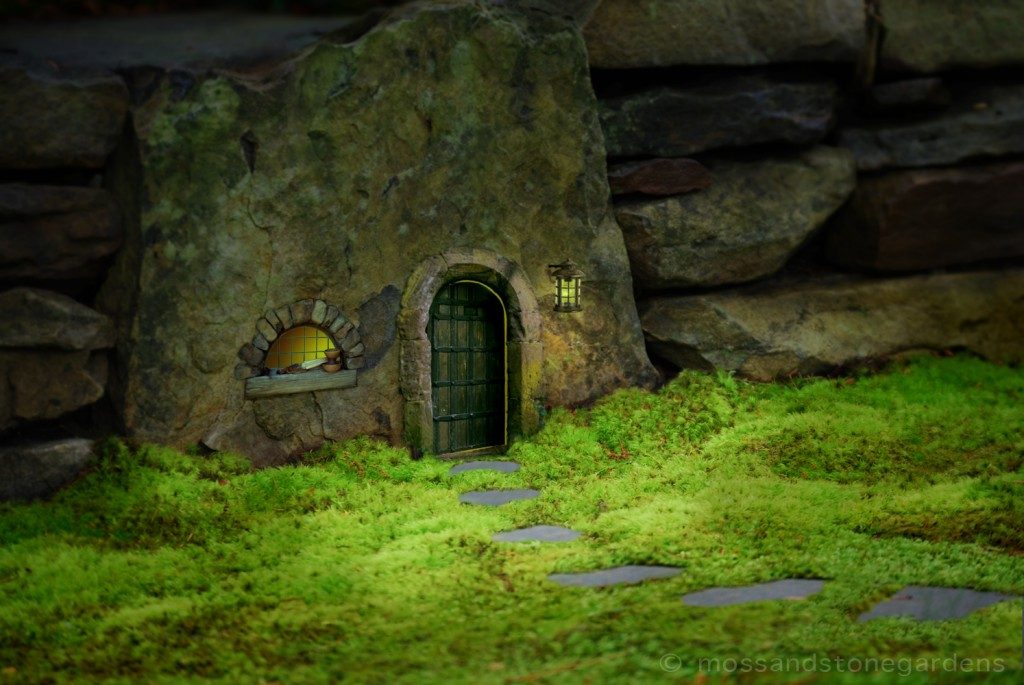 I was very blessed to have made fast friends with the fiery, flirty and fashionably adorable Faeries a few weeks ago.  The insights that were shared about faerie culture was eye opening to say the least.  I will pass on to you now these other compelling bits of lore.

Under the spell o’ faerie dust and drams they shared secret knowledge of other wee inhabitants of the woods.  Were they telling tales and just bewitching me? The existence of Moss People was exciting indeed.  Could we cast a spell and bring them into our midst?  What would it take to entice the magical beings to visit?

They have been the subject of folklore for century’s, from Scandinavia to South America and even in common tales told in modern culture, but when the faeries told me the secrets to attracting the mischevious Moss People, (a comprehensive reference to Hobbits, Elves, Trolls and Wood Sprites) I was giddy with anticipation that these garden inhabitants were within reach. The faeries explained that over the centuries the Moss Folk had become more reclusive and less attainable in our modern culture, due to the homogeneity of our gardens.

You see, Moss People live by the rule that the gardens they inhabit must first embrace Mother Nature’s diversity and balance.  The variety of plants in a garden must be in harmony with the available resources and most of all the ratio of native plants to cultivated plants are equal or more. Hobbit harmony thrives where trees are cherished, not culled and dashing chipmunks are admired, un-scolded.  Where the water runs freely and the beehives thrive, that’s where you’ll find them leading magical lives. 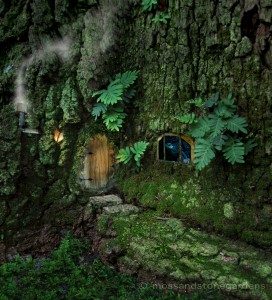 I had to ask, now that the faeries were speaking, who are Moss People really? Their answer surprised.  Moss People are of an ancient civilization that long ago realized the benefit of preserving the antediluvian plant species as  humans were becoming agrarians. Their solution was simple, the answer easy, moss. The Moss People have insured the proliferation of mosses by planting colonies and reintroducing them again and again as man has raised and built, cut and cleared.

Moss harkens back 450 million years holding reign over the earliest of plants. As mosses covered the globe, their solitary eden for 70 million years, they created the first organic soils. Moss was the cradle of plant evolution and diversity. So you see, if you plant a little patch of moss, you will have a colony of hundreds or even thousands of individual moss plants and the balance of natives and cultivars will be quickly achieved. Do so and your garden will be happier and a haven for Moss People.

The iridescent faeries are always the first to occupy a garden. A tiny offering of moss is enough to attract them. But as the moss grows and begins to restore the equilibrium between native and cultivated, Hobbit houses will soon be spied! 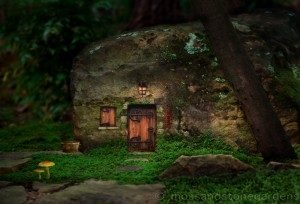 While Moss People aren’t shy, alas you will never see one. Like the hummingbird, their size is so small that their relative speed at which they move is undetectable by the human eye. Even if they were to stand still for an Hobbit hour, it would only equal a fraction of a human second. This would be impossible anyways as Moss People are very industrious, always working, playing pranks and famously hiding garden tools. They proudly announce their presence with enchanting Hobbit homes which seem to magically appear overnight, when in fact, for them, it takes many weeks to construct.

The welcome mat of moss has been proffered, Hobbit houses constructed and the rewards of balance bestowed. Ah, but a wee word of caution – as of this morning I am missing a hoe, my favorite by-pass pruners and a trowel.

Next article Harvesting Moss from Stone