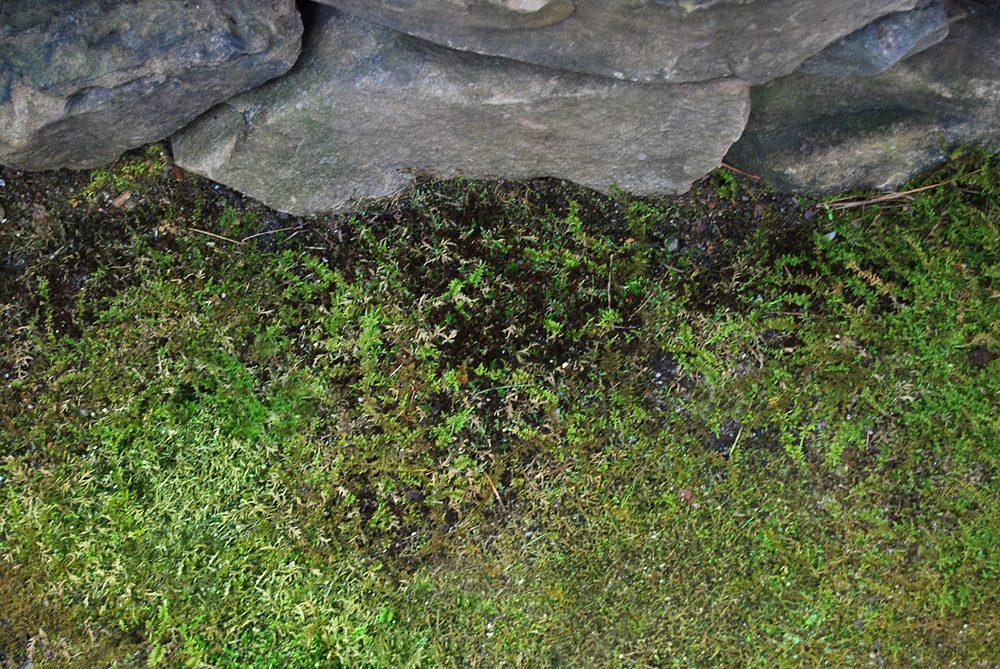 My husband and I have collected moss from around the neighborhood and have transplanted it into an area where we are creating a moss garden. For a while it seemed as all the moss was doing well and was green, but now some of the moss has turned brown and looks dead while other areas look great and are spreading. What are we doing wrong? Please help as we have spent a lot of time collecting and transplanting and do not want to loose what we have.

Thanks for your help,

When you collect different species of moss and then plant them together, their needs aren’t always the same. You may think of moss as just moss, but of course there are many species and it’s often difficult to discern differences without using a loupe or consulting a bryologist. I suggest that you learn the basics of identification by knowing your acrocarp from your pleurocarp and keep these two separated.

Most acrocarps do not like constant moisture while most pleurocarps do. My advice for your situation is to continue a regular watering schedule and allow the mosses that are flourishing to take over the ones that are not. Dead or dying mosses of one species can make a welcoming surface for other mosses to invade or spores to germinate on. You can speed up the process by fragmenting some of the flourishing mosses directly on top of the ones that are failing.

I have seen large areas transplanted with a moss that was not appropriate for the conditions and all of it die. The area continued to be watered as if the moss was still alive and after a couple of months the spores of another species germinated on top of the decaying moss which created a perfect nursery for the right species to develop.

This bed of dead moss (photo above) acted as a moisture retentive substrate, erosion control, and weed preventer. It allowed for spores of other mosses to have places to land and take hold without blowing away. Developing a moss area by transplanting will eventually lead to some of the species performing better than others and the faster growing species will subsequently dominate the area.

You can of course let mother nature decide what species to introduce by clearing the area down to bare earth and then begin watering just as though there was moss already present. By creating the conditions first, spores that are present will germinate and grow, this way the appropriate species will be encouraged. If you build it, they will come!  Happy mossgardening!